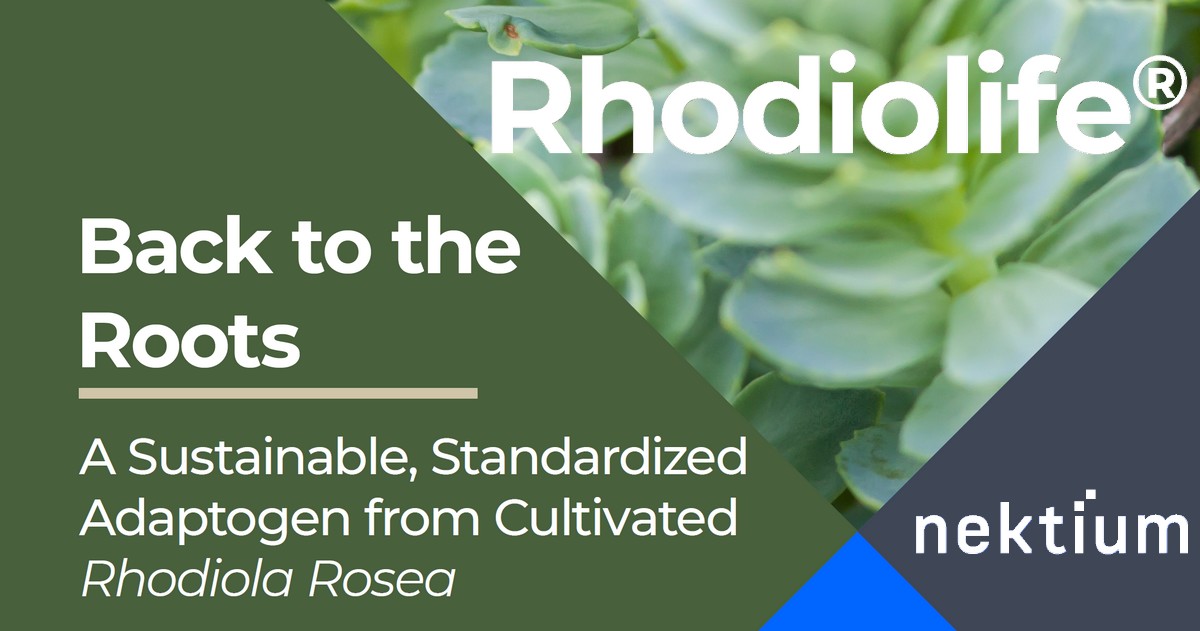 Our partner Nektium is taking steps to secure the long-term sustainability of its Rhodiolife® Rhodiola rosea extract by switching a significant proportion of its raw material sourcing to cultivated plants. The move – an industry first on such a large commercial scale – will reduce reliance on under-pressure wild-grown supplies.

Rhodiola rosea is one of the most powerful adaptogens found in nature, offering a range of cognitive and sports nutrition benefits. It grows wild in the remote Altai mountains in south and central Asia at the intersection of Russia, Kazakhstan, Mongolia, and China. The rapidly growing market for adaptogens has increased demand for Rhodiola rosea roots, leading to concerns about over-harvesting.

As a responsible supplier of botanical ingredients, Nektium is acutely aware of the importance of conservation, and this initiative will help to secure a sustainable and reliable source of Rhodiola rosea roots for years to come. In addition, cultivation in a controlled setting results in a more predictable and secure long-term raw material supply, which leads to improved price stability, superior safety, and more effective quality control. It also offers greater peace-of-mind around authenticity, which is especially significant in an age of widespread adulteration.

We presently offer 4 main grades of Rhodiolife® standardized Rhodiola rosea, all carefully tested through the ID Testing program to guarantee 100% Rhodiola rosea only, and supported by sciences and studies :

Rhodiola rosea’s adaptogenic activity is usually attributed to four principal compounds – salidroside, rosin, rosavin, and rosarin – all found at high concentrations in the roots. Nektium’s Rhodiolife® standardized Rhodiola rosea ingredient was launched 25 years ago, since when it has earned a reputation as a high-quality and effective botanical extract. It is also available certified drug-free for athletes by the third-party Banned Substances Control Group. 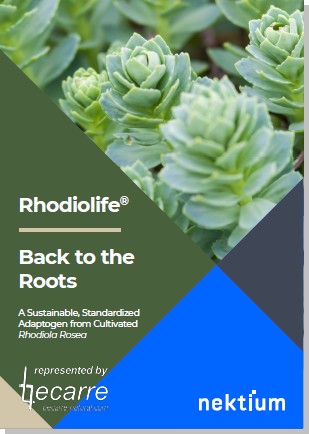