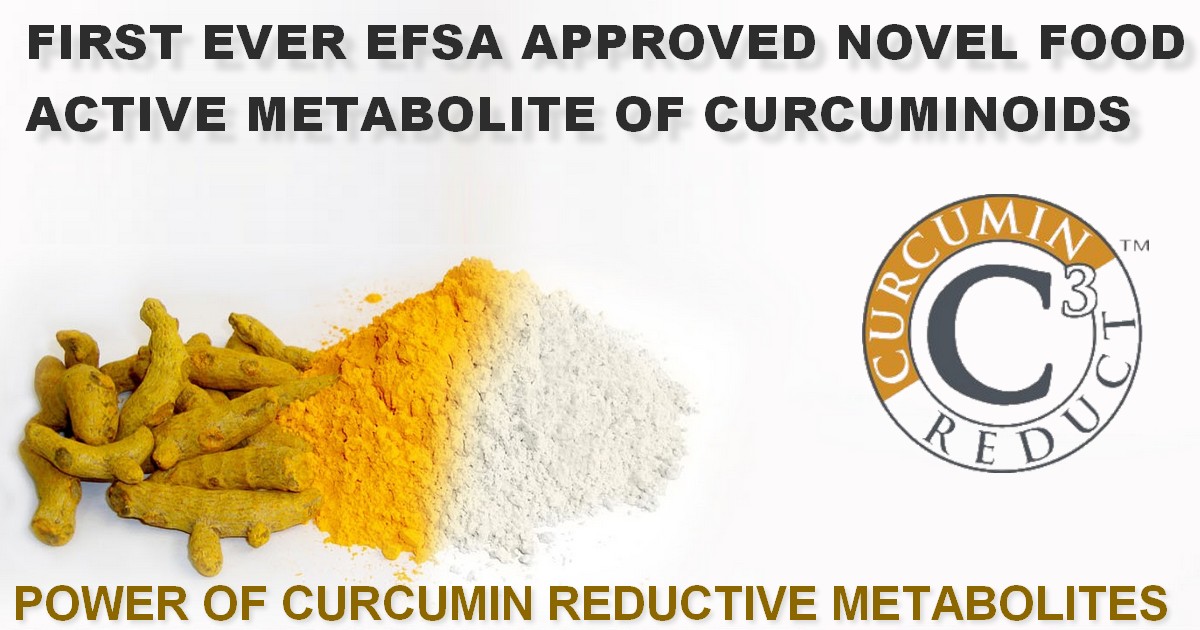 Sabinsa has obtained Novel Food approval from EFSA for C3® Reduct, the curcuma extract with the curcuminoid metabolites Tetrahydrocurcuminoids (THCs).

EFSA gave on end of December the approval for C3® Reduct (see the EFSA page), they new way to access to the full properties of curcminoids. This may well be the first time a metabolite of a nutrient has been approved as a Novel Food. Once a novel food is authorized and added to the list, it may be sold throughout the EU.

Many studies support that THCs confer numerous health benefits. Research has shown that C3® Reduct is a remarkable antioxidant, superior even to curcumin itself in this respect. The beneficial impact of THCs on colonic health also has received strong scientific reports. THCs are also an excellent anti-inflammatory agent.

“Gut resident bacteria also metabolize curcumin to THC, thus explaining many of the benefits that are ascribable to curcuminoids,” said Dr. Muhammed Majeed, Founder and Chairman of Sami-Sabinsa Group. “The benefits are comprehensively described in a recent monograph Sabinsa has published. Incidentally C3 Reduct® is a fitting solution to the perceived limited systemic bioavailability of curcumin. I commend our technical and commercial teams that worked hard to reach this milestone.”

Curcuma longa, the source of this ingredient, contains curcuminoids, which are not directly so bioavailable. The curcuminoids must then be converted into tetrahydrocurcuminoids to be used at the cellular level. Sabinsa has directly developed the tetrahydrocurcuminoid form, allowing to have a directly effective product, benefiting from a substantial bibliography . Moreover, the product is white in its tetrahydrogenated form, suitable for gummies, gels, bars, tablets, premixes etc...